By Pam Knox for CAES News

Overly wet weather in Georgia’s major row crop regions during February 2016 has farmers worried that soggy soil may delay corn and peanut planting or cause fungal diseases to be a major issue later this spring.

Over the course of February, swaths of northwest and southeast Georgia received as much as three or four inches more rainfall than normal, leaving some farm fields that have reached the planting milestone of 55 degrees Fahrenheit too wet to plant.

Other parts of the state, especially the central region, saw rainfall totals between two and three inches below normal amounts.

Fruit growers continue to be concerned about the low number of chill hours that have occurred this winter, due mainly to the extremely warm temperatures in December 2015. Low chill hours reduce fruit set and lengthen the harvest season, leading to increased labor costs needed to harvest the orchards more than once.

Temperatures during February varied across the state but were slightly above normal over the bulk of the state.

Most of Georgia was above normal as far as precipitation in February, except for a streak of dry conditions across the center of the state from Columbus through Macon to Augusta.

Atlanta, Athens, Macon and Rome all reported a trace of snowfall on Feb. 9 and 10.

The highest single-day rainfall recorded by a Community Collaborative Rain, Hail and Snow Network volunteer was 5.42 inches west of Albany in Dougherty County on Feb. 24, followed by 4.75 inches recorded north of Cochran, Georgia, in Fulton County on Feb. 4. The highest monthly total rainfall was 9.34 inches, recorded by the Albany observer listed above, followed by 9.02 inches near Dillard, Georgia, in Rabun County in northeast Georgia. The Dillard observer also recorded the highest snowfall for the month – a total of 5.2 inches.

Severe weather was reported on four days during February.

Observers witnessed a tornado at Fort Stewart, Georgia, near Hinesville in Liberty County on Feb. 3. Numerous vehicles were destroyed, and 40 to 50 people were displaced from housing due to the tornado.

Another storm outbreak brought high winds to much of Georgia on Feb. 15. No tornadoes were observed in the state, but several were seen nearby in southeast Alabama.

Witnesses reported seeing several tornadoes on Feb. 23, including one near Blakely, Georgia, in Early County, an EF1 in Terrell County, plus other sightings in Lee County and in Whigham, Georgia, in Grady County. The tail end of that outbreak hit the far northeast corner of Georgia on Feb. 24 as the system moved to the east.

Lightning associated with the severe storms early in the morning of Feb. 24 caused a barn fire in Bishop, Georgia, in Oconee County. Fourteen Clydesdale horses were safely removed from the barn before it burned to the ground.

The outlook for March and spring shows a continuation of El Nino-like rainfall conditions, especially in south Georgia. The first two weeks of March are expected to be warmer than normal, with a return to average conditions later in the month. Longer-term spring temperatures do not show a clear trend.

El Nino appears to have passed its peak and will be dying away over the next few months. After El Nino disappears, a swing to neutral, then to La Nina is expected by late summer, which will increase the chance of dry conditions later in the growing season. The Atlantic hurricane season is also expected to be more active than usual in the absence of El Nino.

For more information, please see the Climate and Agriculture in the South East blog at blog.extension.uga.edu/climate or visit our new webpage at gaclimate.org. 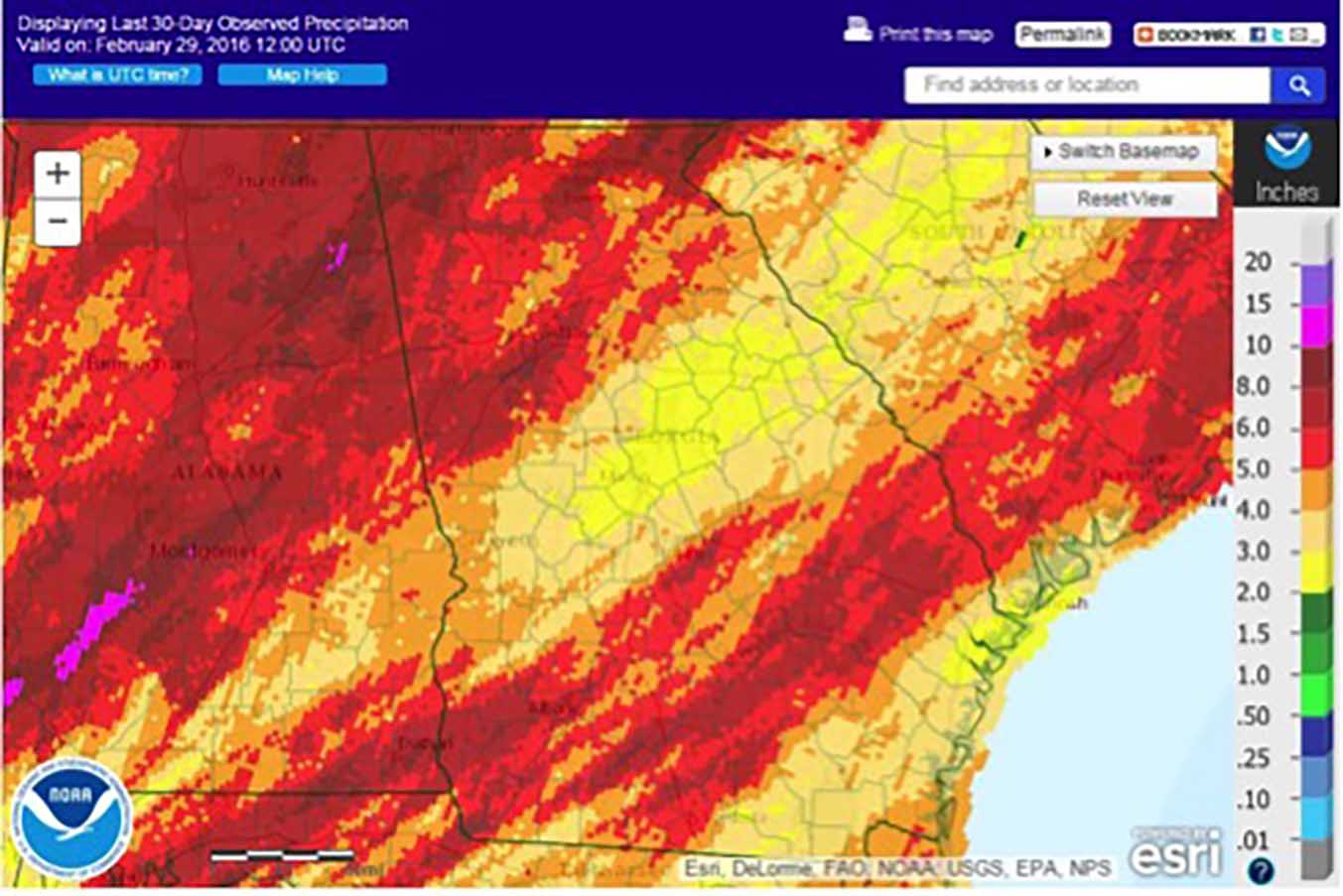 Katrien Devos part of team to unlock switchgrass genome Posted on 01/28/21 by Michael Terrazas
As reported Jan. 27 in Nature, a nationwide team that includes University of Georgia faculty member Katrien Devos has produced a high-quality reference sequence of the complex switchgrass genome, marking a critical step for a plant species that has long been studied for its potential application in the production of biofuels.

Organic practices to increase soybean nutrients could benefit farmers in developing countries Posted on 01/26/21 by Allison Fortner
In developing countries, the sustainable production of nutrient-dense crops is a critical need. A team of University of Georgia researchers have identified an affordable and local organic practice that can increase nutrient density in soybeans, or edamame, and improve soil health.

2020 Southeastern Hay Contest winners announced Posted on 01/14/21 by Josh Paine
Despite the challenges of the pandemic, 370 entries were submitted in the 2020 Southeastern Hay Contest (SEHC), just below the record-setting number of submissions for 2019. More states submitted samples to the contest than ever before, with nine represented.
See More News Subscribe for Updates