By Sean Montgomery for CAES News

It has been 17 years since a set of billions of periodical cicadas emerged from their underground chambers and filled the air with boisterous buzzing and desperate mating calls.

Brood X (pronounced ten), the largest emergence of the dozen periodical broods, makes its highly anticipated return just in time to shake up the spring in various regions spanning from northern Georgia all the way to Pennsylvania.

“The average person only gets about four or five opportunities during their entire lifetime to experience Brood X,” said Nancy Hinkle, cicada enthusiast and professor of veterinary entomology at the University of Georgia College of Agricultural and Environmental Sciences. “It is just amazing that you have this large number of the same species of insect emerging at the same time.”

However, most Georgians will have to travel north to experience the phenomenon.

“Tracking them down is going to be very challenging (for Georgians),” said Hinkle. “We are estimating that they are only going to emerge in about 10 counties and in the very northeastern part of the state. Even then, there may only be a few spots where they can really be noticed.”

Although they arrive in large numbers throughout a short six-week span beginning in May, cicadas are harmless to humans and pets. In fact, one of the only dangers of encountering the species is overconsumption by animals.

“They don’t bite, they don’t sting and they’re not poisonous,” said Hinkle. “Even kids can catch and handle the clumsy flyers.”

With warmer weather and more sunlight during the day, families in search of Brood X have a chance to get out in the woods and experience this unique opportunity together — if they can stand the brood's loud noise.

Most of the seemingly endless vibrations and buzzing that fills the air comes from males serenading their potential mates with an echoing chorus that must be louder than their competition. The females then echo back with clicking sounds generated from their wings.

Fortunately, most of these exchanges only take place during the day — making them less of a nuisance during more quiet hours.

Cicadas live in underground burrows for 16-and-a-half years before emerging to breed, lay eggs and then die.

“The only time they are above ground is for about six weeks,” said Hinkle. “They don’t feed as adults, so they are only using the energy that they stored when they were underground.”

While burrowing up from the soil, cicadas bring large concentrations of nutrients back to the surface, aiding plant growth and becoming food for various animal populations.

At first, the pale-colored cicada population arrives without wings before shedding thin exoskeletons that can be found latched onto trees and scattered throughout yards.

One of the most recognizable features of living cicadas is their dazzling red eyes.

“Annual cicadas are the ones that come out every year and the ones we see around here are greenish in color,” said Joseph McHugh, a professor of entomology and curator at the Georgia Museum of Natural History at UGA. “But the periodical cicadas are black cicadas with red eyes that have these very long life spans, and they are out of sight for most of their lives.”

Following the six-week period, all of the Brood X cicadas will have lived out their lifespan and set the next cycle in motion with the dispersion of eggs in tree branches. Shortly after, new nymphs will hatch, fall to the ground and burrow under the soil.

A piece of history

When the Brood X cicadas emerge, researchers and collectors at UGA’s Georgia Museum of Natural History plan to expand their collection of over 2.2 million arthropod specimens.

Members of the public are encouraged to share their captures with the museum for documentation and proper identification, creating a historic record of involvement in the UGA Collection of Arthropods.

To ensure proper credit and record keeping, information such as location and time are especially helpful. Insects can be captured, sun-dried and shipped to the museum in a small, sturdy box or photographs can be emailed to insects@uga.edu.

The small window researchers and historians have to study the brood makes public contributions of even greater value.

For more information on periodical cicadas, see the active map of U.S. broods. Find more resources from the UGA Department of Entomology at ent.uga.edu. 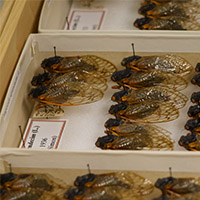 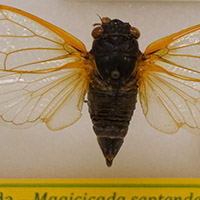 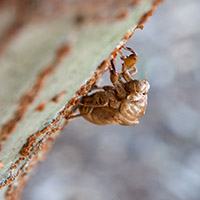 UGA establishes new blueberry research orchard at Durham Horticulture Farm in Watkinsville Posted on 05/04/21 by Emily Cabrera
Native to North America, blueberries are the most-recently commercially domesticated fruit in the U.S. Just a little over a century ago researchers began studying this wild berry with an intent to develop improved varieties for commercial cultivation.

10 ways UGA is helping honeybees Posted on 04/27/21 by Sara Freeland
University of Georgia faculty and students are working to better understand pollinators and the threats they face. Pollinating bees are vital to healthy crops and a thriving ecosystem, but are under threat of extinction from disease, pollution and other factors. Here are 10 ways UGA is working to help pollinators.

Solution to sustainably comfort pets wins $10,000 prize in UGA’s FABricate contest Posted on 03/30/21 by Sean Montgomery
Every pet owner wants their pet to feel safe and secure, especially on daunting trips to the veterinarian’s office. One major hurdle is the frigid stainless steel tables that offer an unappealing surface for animals that are used to the comfort of home.

Butterfly increase and decline related to climate Posted on 03/22/21 by Josh Paine
Climate is likely the biggest driver of butterfly abundance change, according to a new study by University of Georgia entomologists. 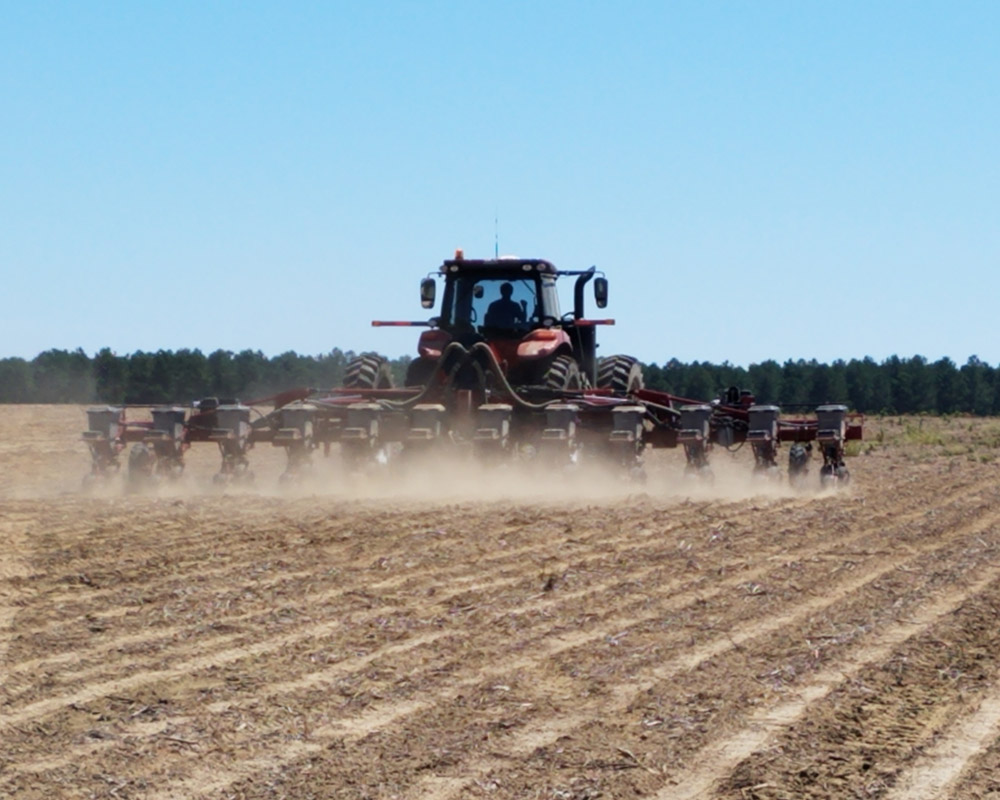 Mechanical planter settings can impact harvest yield Posted on 03/22/21 by Laurabeth Bland
Due to high consumer expectations, farmers and agricultural producers are constantly under pressure to deliver their products at higher yields for cheaper prices. This may seem like an impossible combination of demands, but University of Georgia Cooperative Extension researchers are developing precision agriculture methods to make the planting process more efficient for farmers while protecting profits.
See More News Subscribe for Updates