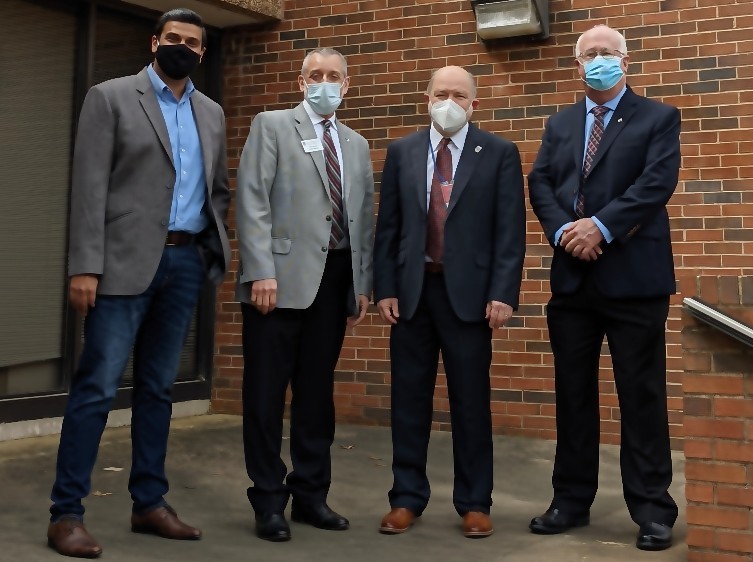 On, Wednesday, March 31, the new Dean and Director of the College of Agricultural and Environmental Sciences, Dr. Nick Place, visited the Center for Food Safety (CFS) to tour the facilities and learn about its operations.

The visit provided Diez with the opportunity to discuss CFS’s history and its current operations.

CFS was founded in 1993 under the title Center for Food Safety and Quality Enhancement. The founding director was Dr. Mike Doyle.

In 2001, the name of the academic unit was changed to the Center for Food Safety and at the recommendation of the Board of Advisors, food safety became the center’s sole focus.

In 2016, Diez became the director of CFS and Doyle remained on as faculty until his retirement in July of 2017.

Today, CFS is made up of eight faculty members, with nine research staff members and nine graduate students, seven of whom are Ph.D. candidates. They are supported by an administrative staff of five.

In addition to the core faculty, there are 12 courtesy faculty members who work collaboratively with the center.

Through its programs, strong collaborative ties have been developed with the Centers for Disease Control and Prevention, the USDA Russell Research Center and other research groups on the Athens campus of University of Georgia. The Center also works closely with the food industry which contributes to its research programs through annual contributions either as Board of Advisor or patron members.

The Center for Food Safety is located in the Melton Building on the Griffin Campus.